Rock Choir is monitoring the ongoing Coronavirus (COVID 19) outbreak and the impact it is having on us all.
We are doing everything we can to ensure the safety and wellbeing of our Members, Choir Leaders and staff.
Read More… 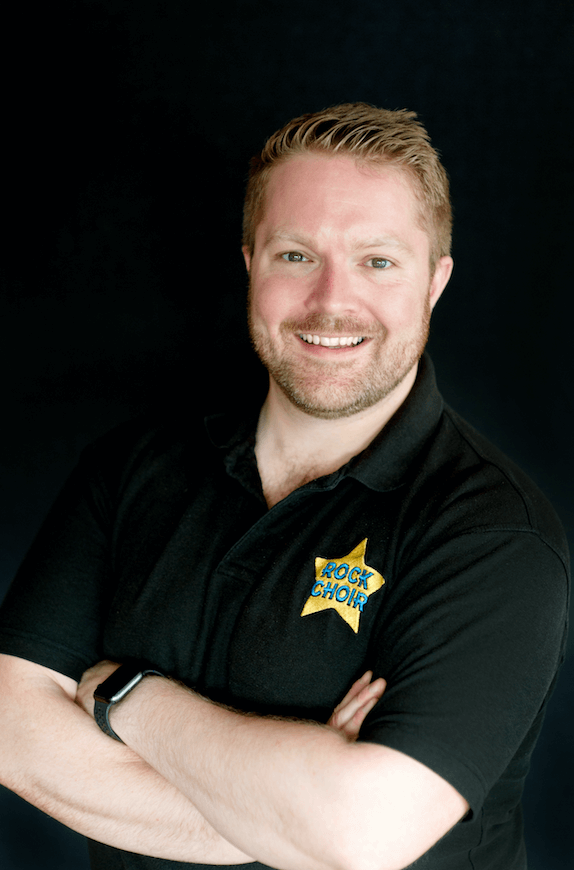 Anthony studied at the University of Central Lancashire, gaining a degree in Music Theatre. During his time there, he was part of the multi-award winning UCLAN Chamber Choir, who were named BBC adult choir of the year and Good Housekeeping choir of the year amongst other achievements. During his studies, he beat off competition from over 1000 other singers to win the North West’s Search for a star, and appeared in his first professional stage production, Cinderella.

After graduating, Anthony embarked upon a career singing around the world for several years on various leading cruise liners, as well as appearing at a variety of venues around Europe as part of a classical crossover duo and as a soloist. Now back on dry land, he performs all across the UK at various venues and occasions. As well as his work as a solo classical crossover artist, he performs a wide variety of music, working as a singing waiter for corporate events and weddings, and has recently joined a modern day rat pack trio named ‘Sixth Avenue’. He is also a successful singing teacher with students across all age groups and abilities.

Anthony is extremely excited to be going back into the choir world by joining the Rock Choir family and can’t wait to start this new adventure with his own choirs.
”
When I joined Rock Choir as a Leader I didn’t realise that I wasn’t just starting any new job, I was becoming a part of a new family.

From day 1 the support and love has shone through from every corner, be it from one of the other incredibly talented leaders, the wonderful head office team, right through to Caroline (RC founder/creator/mother) herself! To be part of something where you feel so valued, where your opinions matter and that you can call on anyone for help when you need a hand is truly special.

The coming together of every single member of this family to keep spreading joy and sharing music with our amazing members, even in a time of great difficulty for the all of us as a nation, is something I am incredibly privileged and proud to be a part of.

Becoming a Rock Choir leader is the best decision I ever made!
“

Join or Find Your Local Leader

By continuing to use this site you agree to our use of cookies. More